Watching the tide roll in at Mt. Desert Island

Part of having a positive experience at the ocean (at least for me) is having a place to rest when I need to. We have been lucky enough to find places near the water where I can hang out, watch birds, look for seals (!) and pay attention to the tides. When I’d rested, we set off for amazing outdoor places quite nearby, most of which are within Acadia National Park on Mt. Desert Island, Maine, and its environs. 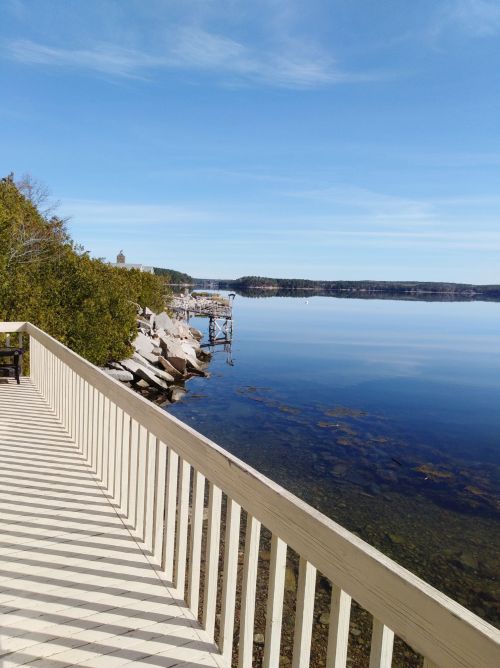 View of the sound from “our” deck

This year we returned to a place where we’d stayed before, overlooking Somes Sound on Mt. Desert Island. From the deck, and even from inside the house when it was chilly, we took in the wonders of nature, watched boats pass by, and spotted seals nearly every day. 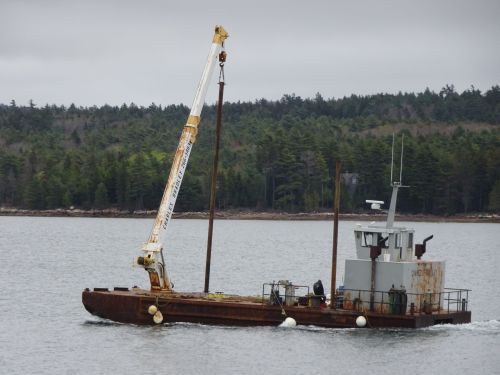 Watching the boats travel by was half the fun

Loons were a common sight, while cormorants, and of course seagulls passed by regularly. An osprey flapped overhead, a tasty fish in his claws, as he headed for a hard-earned meal. Seals poked their heads above the surface of the water regularly, taking a look around before they head back under the water to continue their search for food.

We watched the tide change daily by about 12 feet, exposing rocky shoreline as the water pulled back away from shore.

As close to the water as you can get

We then waited for the waves to move quietly back toward us, until the water was directly underneath the cantilevered deck of the house we were staying at. One night I was awakened to the sound of crashing waves.

Sometimes the water got a little too close…

The wind had shifted, and suddenly, rather than the sheltered waters of the sound we were accustomed to, we felt the pounding of the waves as the wind pushed the water directly at the foundation of the house. Good thing we had moved our bike! But the sled we use to transport the bike was underneath the deck, as well as a step ladder we use to help tie the bike down. A quick trip in the dark was needed to secure our belongings, along with the reminder that the sea is unpredictable, powerful, and requires respect.

View from Parkman Mountain on the carriage road, to across the sound, where we were staying

We brought our tandem bike with us on this trip, and were able to travel along the around the mountain carriage road, which took us all around Parkman mountain, which is directly across the sound from where we stayed. As we emerged out on the Somes sound side of the carriage road, we suddenly realized that we had the perfect view of where we were staying. 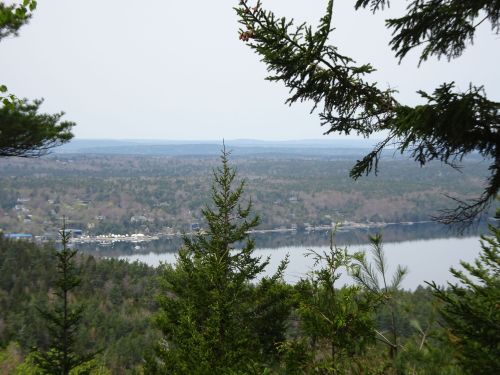 On the “Around the Mountain” carriage road on Parkman Mountain, looking down onto Somes Sound and on beyond

There had been carriage roads across the water from us all along and we had never realized it. Yup, there was “our” house, but even more exciting was the chance to take in the views from across the water. The view opened up, allowing us to see for miles beyond our little house, on to Blue Hill Bay and beyond.

Looking back at Parkman Mountain from where we stayed

When we returned to the house, we were able to clearly pick out the carriage roads across the way. Another surprise in a island filled with surprises, no matter how often we have returned.

Beginning of the sunrise

Each morning, if we woke early enough, we were able to witness the sun as it rose across the sound, coming up from behind Parkman Mountain, directly across the water from us. Each morning’s sunrise was different, as the weather varied according to the winds off shore. Some days the skies are clear, other days the morning begins with fog. Regardless, the mountains and the ocean are nestled up against one another, awaiting the start to a new day.