Finding Easy Walks Around the Corner-Blackstone Bikeway and Riverbend Farm 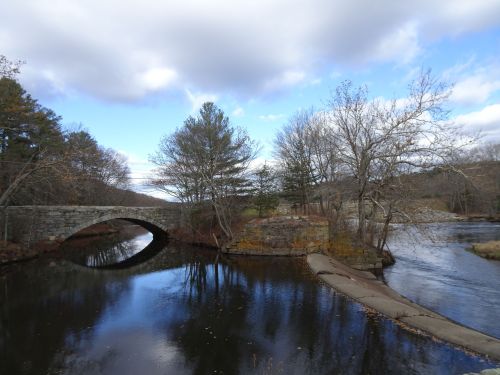 A favorite picture spot along the Blackstone Canal

Life has been moving rather slowly around here as one of us recovers from a back injury, the other from pinched nerves in the shoulder. What this has meant in practice is that we’ve stayed very close to home, rejoicing in the presence of local wildlife in the pond our home overlooks, but not straying far from home.

Thanksgiving was challenging but it was good to see family. Too much food, too much sitting, but we managed to get outside before the sun went down, filled with turkey and grateful for extended family.

Heading onto the ice!

A morning outing over the weekend to see a grandgirl play hockey reminded me of how tough those bleacher seats are to sit on! By afternoon I needed to get out and move, and both of us were ready. We needed something nearby. The Blackstone River Bikeway starting from Blackstone fit the bill.

Oaks glow in the afternoon sun along the Blackstone Bikeway

The low afternoon sun lit up the oak leaves. The bridges along the bikeway are such a joy to cross.

What are these rocks along the bikeway?

We used our new phones to access an app that links wherever we are to a geological map plus resources, indicated what kind of rocks we are seeing. 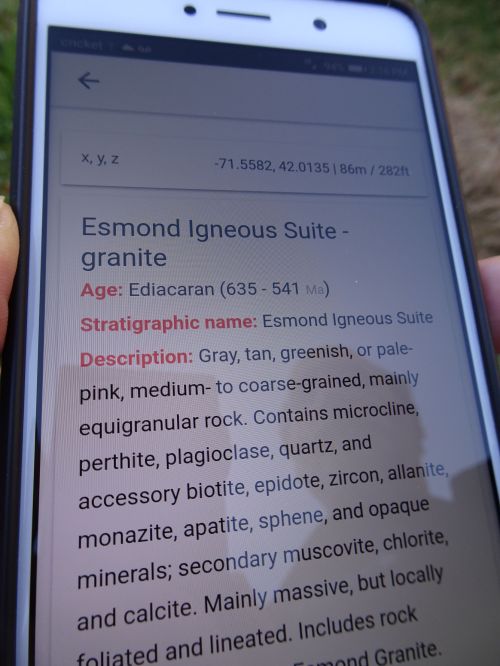 We enjoyed checking out the rock outcropping along the bikeway and learned a little more about the geology of the area.

The Polar Express travels through the Valley

And then we heard the train. Checking the schedule later, I was able to confirm that we saw the Polar Express as it made its way through the Blackstone Valley. There is still time to catch a ride–check it out here. 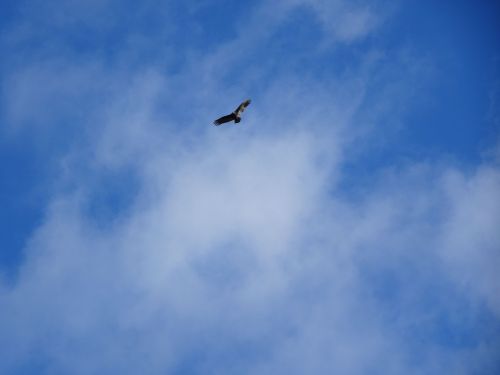 We were hoping to see birds, and found vultures soaring right over our heads at Riverbend Farm

Today’s adventure began with the thought that we could find lots of birds along the coast. But the more we thought about an hour’s drive, the less this felt like a good plan. Why drive an hour to walk for 45 minutes? I often make  this point in my Easy Walks presentations. Make use of the places you have right around the corner from where you live, I advise others. And so we did.

Easy Walking on grassy paths right at the river’s edge

Several vultures flew next to the river, searching for updrafts

The strong winds were challenging to the turkey vultures and a smaller hawk that flew near the river and over the open field.

Yup, beavers have been here…

We found evidence of beavers near the shoreline.

Pheasant feathers adorn my hat for our outing

Pheasant feathers were strewn about on the path, a silent witness to an unfortunate encounter–at least for the pheasant. 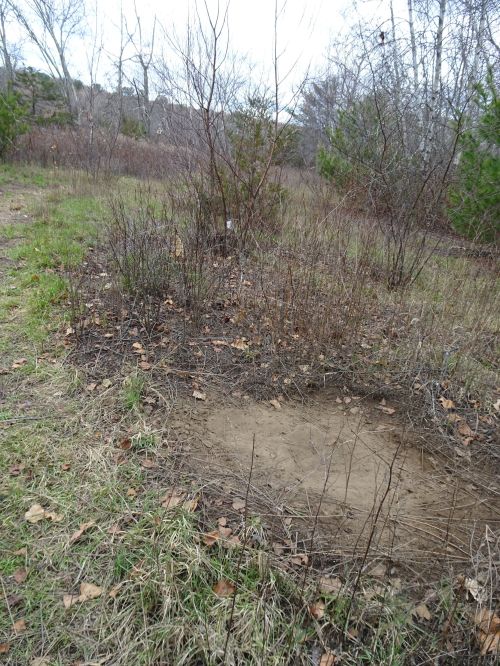 A hollowed out sandy area was most probably the spot for turkeys to give themselves a sand bath.

Slow, easy walking on grassy paths was just what we needed to continue the healing that has been happening over the past weeks and months. My hiking poles provide balance to keep me from tripping in the best of times, but as I continue to heal from pinched nerves, the weight-bearing exercise offered by using them has been a real gift. How wonderful that I feel so much better at the end of each walk than when I first began. Something to be thankful for, indeed, among all the blessings that surround us.