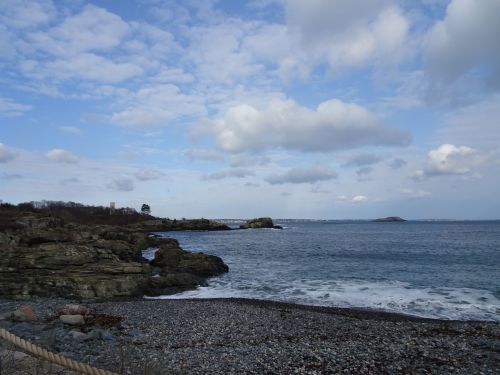 Along the shoreline in Nahant

We were north of Boston this weekend, and ended up exploring the coastline of Nahant, which feels much more like the rocky Maine coastline than a town within sight of Boston. We drove over the narrow causeway that is the only access (other than by boat) to Nahant, kept going, and stumbled across the Marine Science Center, operated, and presumably owned by Northeastern University, on a coastal spit of land in Nahant. 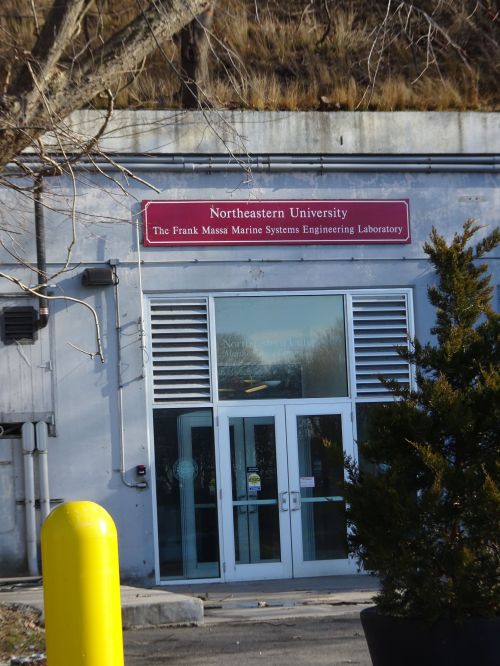 Part of the center is built into the side of an old WWII bunker coastal installation. 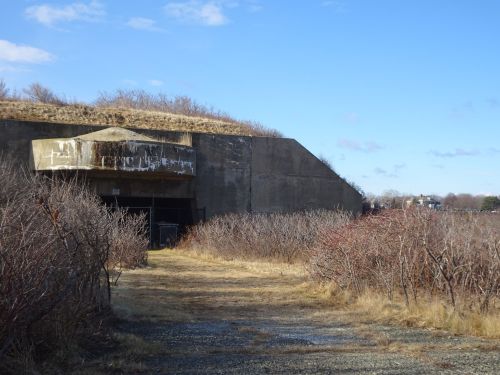 Backside of part of a bunker, along the shoreline

We have seen other bunkers of this type, a number of which are at the Assabet River Wildlife Refuge. 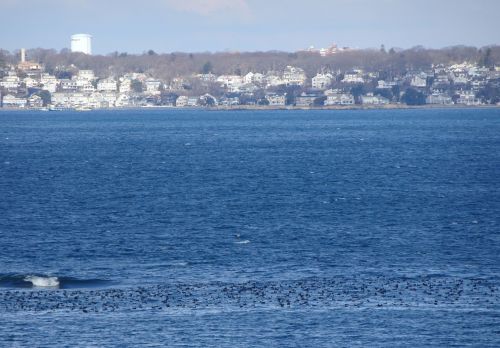 Rafts of birds floating just off shore, within sight of the city of Lynn

Trails around this property took us out to the shoreline, where we got great views north toward the shoreline of Lynn, and outwards toward the Boston Harbor Islands. From the shore we saw what are called “rafts” of seabirds, huge numbers of birds floating together in close proximity to each other not far off shore. Some appeared to be surf scoters. We also saw large numbers of eiders, and some mergansers as well. 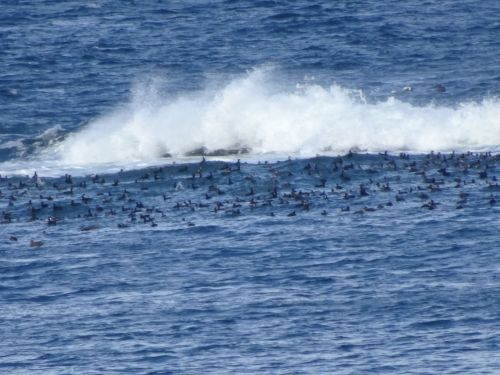 Signs in the area discouraged parking except for those who held permits. We got the sense that this is enforced in the summer months when shoreline access is in high demand. On a Sunday afternoon in January, we saw few others out and about, despite the weather being incredibly mild, and no one bothered us about our relatively short visit.

In looking at the map, we spotted other green areas in Nahant that denoted conservation areas, so we worked our way around the perimeter of this small town, and came to Bailey’s Point. Parking here was quite limited as well, but again, in winter it appeared no one was concerned about the few visitors who are not residents. 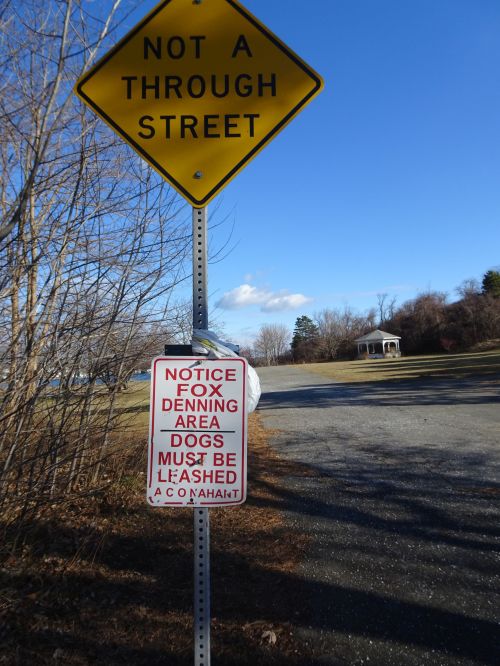 We were surprised to see the sign warning to keep dogs on leashes because the park is a known fox denning area. I watched in vain for any signs of foxes, but most probably any area foxes heard us long before we might have had a chance to see them. 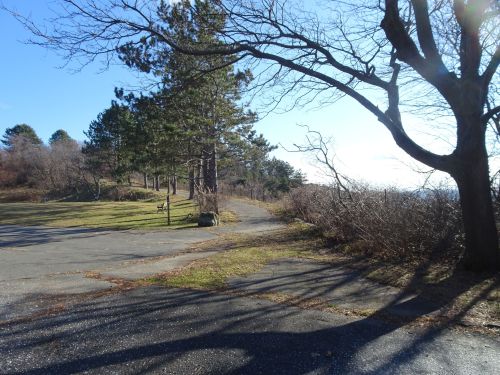 The paved, easily navigated walkway took us up to some wonderful views of Boston Harbor

Bailey’s Point has a paved walkway out to the shoreline, with only a few feet to travel to get out onto the rocks along the shore. 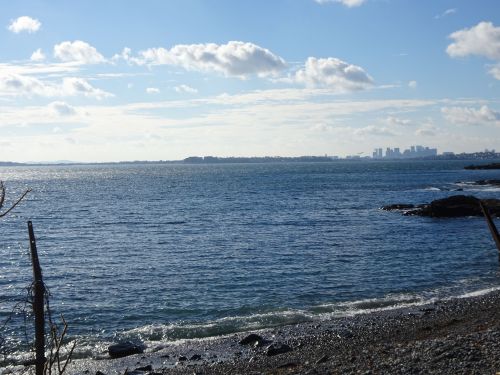 The Boston skyline, across the water, standing on the shoreline in Nahant

There we got great views of the Boston Skyline, and watched as one jet after another descended to Logan airport at the end of its flight.

As we headed back off the near island of Nahant, we spotted numerous brave souls in wet suits using kites and surf boards to skim along the waves at Nahant Beach. This DCR operated sandy beach is open year round. Park your car for a fee in the summer.

Being so close to Boston, Nahant was surprisingly quiet, even as planes took off and landed at Logan. Perhaps on other days, when the wind is from a different direction, planes will make this a noisier place, but at least when we visited, we enjoyed the quiet of a winter’s afternoon walk on the shoreline. We could see the city, but the wind and waves and rocks and birds helped us feel we were actually miles away.

4 responses to “Nahant in Winter”