Progress–Blackstone River Bikeway and our tandem as well 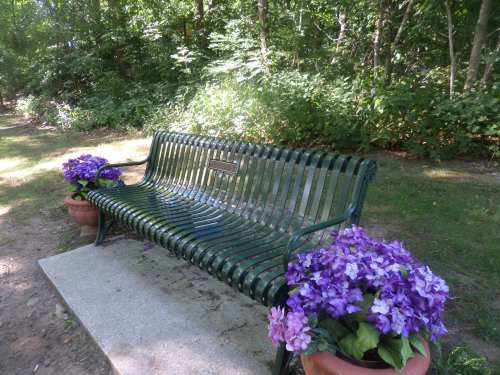 We took our tandem down to Woonsocket, RI to the Blackstone River Bikeway early this morning in the cool of the day. Summer is still with us and the shady portions of the trail felt wonderful as we sailed along. 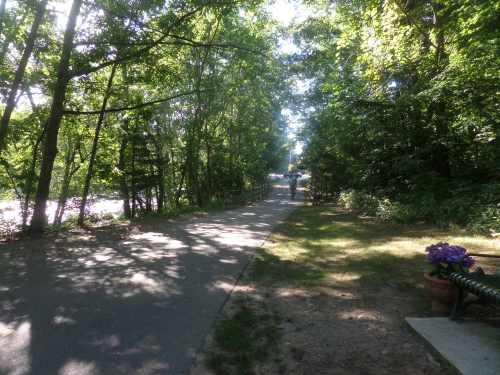 Lots of shade in the morning along the Blackstone River Bikeway

My husband has worked on bikes since he was a kid, and he was determined to allow us to pedal independently–free-wheeling. This is a real challenge with tandems, unless you want to spend substantial amounts of money, which we did not intend to do. 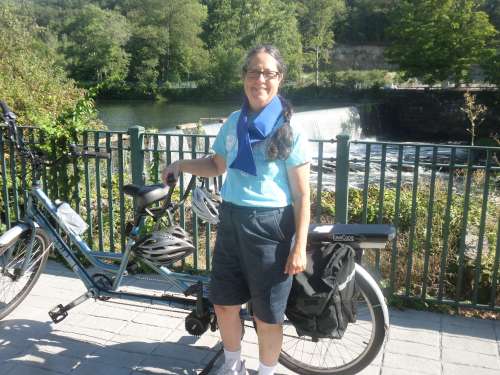 Along the river with our trusty tandem

We’ve adapted our slightly foot-forward tandem in some really helpful ways to make it easier for me to enjoy cycling. We have a “pedal extender” on the right pedal to help my somewhat paralyzed foot and ankle stay on the pedal more easily. We found double panniers that work for us to help carry the ice I need to keep me safe in the summer months, since I am unable to sweat. And now, thanks to my husband’s inventiveness, we have pedals that work independently, allowing me to adjust my foot when needed while Jon can keep pedaling. When I need to rest, or when Jon has to pedal faster than I can keep up, I get a free ride! 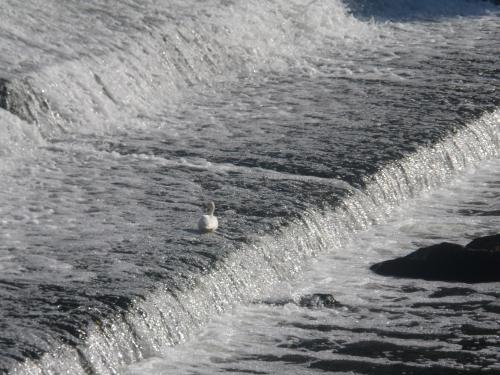 Parts of the Blackstone River Bikeway were completed at least ten years ago–a giveaway clue to the age of the path is that tree roots that are beginning to displace the paving on parts of the trail, especially in the Cumberland-Lincoln portion of the path. 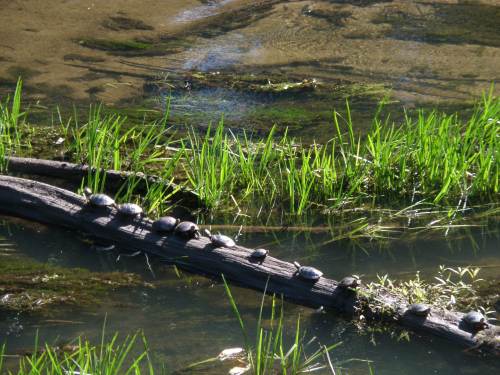 Turtles on holiday in the river, enjoying the sunshine in Millbury

Other sections of this proposed trail system are newer, but not connected–I walked along the Millbury-Worcester section a few weeks ago, 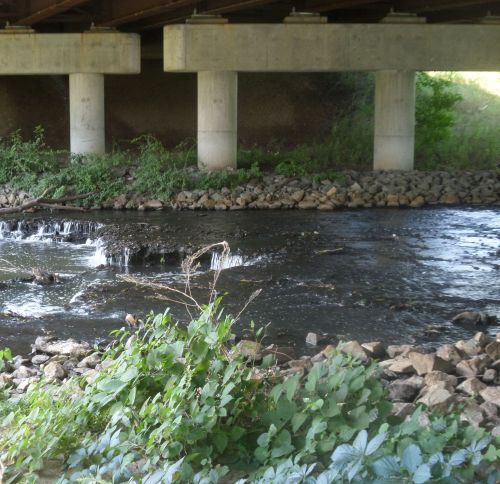 Blackstone river, very shallow here in Millbury, right next to the bikeway

then returned with our tandem to ride the entire 3 mile stretch the following weekend. 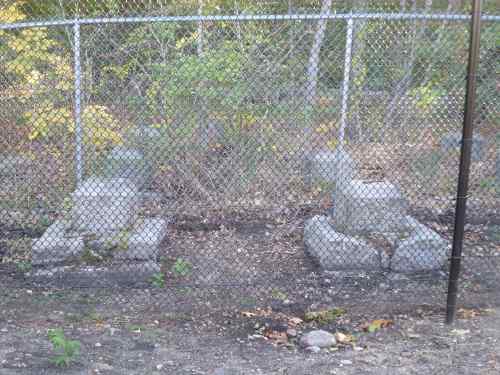 Nearly completed, the Blackstone-Millville section of this trail system has construction fencing firmly in place on the Blackstone portion. 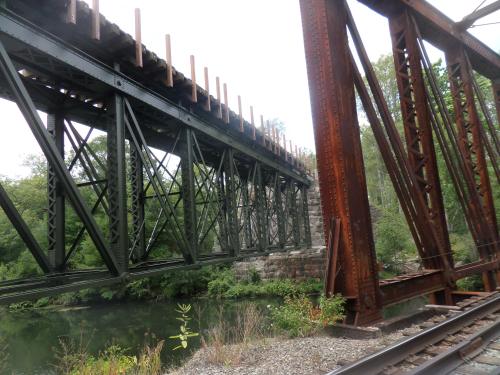 The neighbors have a few ways to get onto the essentially completed trail, but as long as the Triad bridge is incomplete, it’s clear the trail is not open to the public. 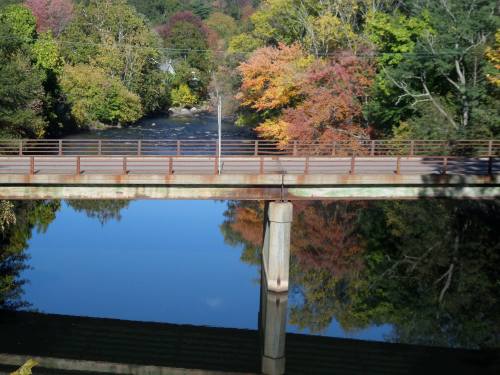 Bikeway views along bikeway in Blackstone–soon!

Progress feels slow sometimes–we’ve been watching the construction in Blackstone and Millville and have gotten a few sneak peaks at the trail–it’s going to be a real gem. Progress has felt slow in getting our tandem to work as we need it to for both of us as well. Today was the first test run with free-wheeling pedaling. Jon said it changed how the bike rides–this has added a sort of “rocking boat” sensation since we’re not completely synched in how we pedal any more. But it’s all good, we’re looking forward to exploring into the fall, which cannot come soon enough for me! Enjoy the summer while it lasts, I’m ready for the change that is surely coming.